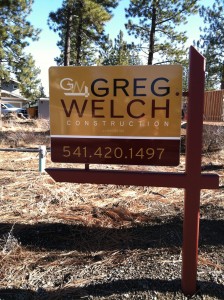 Housing. Housing. Housing. That seems to be the main topic of economic conversation lately. That’s probably because housing starts are on the rise, building permits are increasing, inventories are down, and homes seem to go on the market (then sell) at rapid pace, especially here in Central Oregon.

Everywhere you look, someone is talking about buying, selling, or building. Fewer households with negative equity means more buyers who have long-waited for housing recovery in order to move, now have the opportunity to do so. And, despite the increase in overall prices, affordability is still relatively high, and buyers want to get in before further price increases and higher interest rates hit the housing market.

The S&P/Case-Shiller home price index was up 12.1% in April, compared to a year ago, in the 20 top real estate markets across the nation. That was the biggest annual jump in prices in seven years. Prices climbed 2.5% from March, posting the biggest one-month rise in the 12-year history of the index.

New homes sold at an annual pace of 476,000 in May, according to a separate government report. That’s the best reading since July 2008, just before the global financial meltdown slashed homebuyers’ access to credit. The pace of sales was up 2.1% from April, and up 29% from a year ago.

The median price of a new home sold in May was $263,900, down 3.1% from April, but those month-over-month comparisons are often volatile. Even with the monthly decline, new home prices were up 10.3% from a year earlier

A drop in foreclosures, coupled with a tight supply of homes for sale and mortgage rates that hit record lows, have fueled the rebound in housing over the last 11 months.

But the 30-year mortgage rate has risen to nearly 4%, up from 3.35% at the start of May. While that is still low by historical standards, it’s trimmed about $12,000 off of an average buyer’s purchasing power. Mortgage rates began to climb in May, after April’s sharp jump in home prices was recorded.

If you are interested in a Central Oregon new home in one of Bend’s premier locations–Northwest Crossing, Tetherow, or many other desirable Bend locations, contact Greg Welch Construction and see just how beautiful green living can be!